As written by Josh Martin in Spring 2018 Horizon

At HSC, we’re lucky to have many Champion of Hope monthly donors whose regular contributions give us a stable funding base, funds we can count on to plan ahead and to respond quickly to urgent needs. 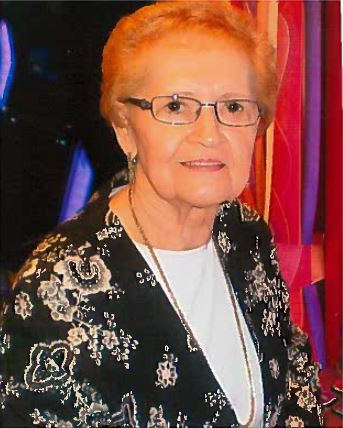 Janet Longpre from Alberta is one such incredible Champion whose consistent monthly donations over the past 15 years have made a real difference each and every day. Janet began donating in the early 1970s, after meeting Ralph and Ariel Walker in her hometown of Edmonton. Janet says: “I’m the type of person that when I start something, I don’t stop.”

Janet’s father-in-law had passed away from HD, leaving her first husband, Bert, at risk. Eager to help however she could, she joined the fledgling Edmonton chapter alongside its founders John and Diane Kuzyk. After Bert passed on in 1984, it was revealed he had inherited the HD gene. Many years later, their daughter Shelley also tested positive for the disease, reinforcing Janet’s commitment to the HD cause. “I’m praying for a treatment for my daughter and for all the future people affected,” she says.

Together with her second husband, Emile Longpre, Janet backs up those prayers with concrete action. Janet and Emile have been supporting the Society through many different ways – from consistent monthly donations to speaking about HD at every opportunity to spread awareness, they are truly Champions. The couple laces up their sneakers each year for the Walk to End HD and help guests place their bets at the chapter’s popular casino events. Janet also sells Amaryllis to her buddies at the local ten-pin bowling alley (where she has been racking up strikes and spares for nearly half a century!).

More than 40 years since making her first gift to the Society, Janet remains as committed as ever. “I will keep on for as long as I can, for as long as I’m living,” she says. “Hopefully I live long enough to hear that there definitely is a treatment!”