On June 28th, the Toronto HSC Chapter held its seventh annual Run for HD. And what a run they had!

From the very first year, this event has been the Chapter’s biggest event. There have been challenges building an event this size but that didn’t stop the dedicated team of volunteers though! The first race changed from a race to a group trail run, which turned out to be quite an effective fundraiser. 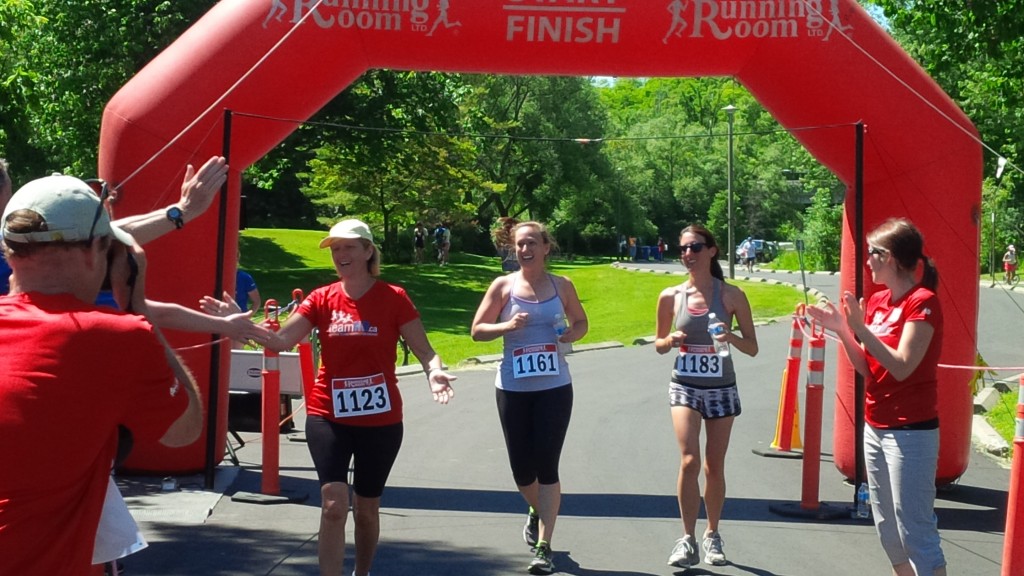 That’s one thing about the HD community, they pull together and support one another no matter what the circumstances.

The next year, Toronto hosted the G20 Summit, with all kinds of security measures and demonstrations. The team managed to live through that, and the Chapter is happy to report that the following years have gone significantly smoother.

Through all of these trail runs and races, the Running Room has been a fantastic sponsor. For each of the past six years they welcome the Chapter’s volunteers into as many as 30 of their stores to help promote this event. This hospitality has helped the volunteers speak to over 1,000 runners each year through these appearances.  Running Room has also shown their support of the Huntington Society by publishing articles about HSC’s running events in its magazine.

The Toronto Run has had people participate from all over the world: the States, Britain, Switzerland, the Philippines and every province in Canada. One year, a school running club picked the run as their very first 5k race. Another year, the Toronto Run had a competitive runner, originally from Kenya, set a new record in the 10k race by a huge margin.

The Toronto Chapter has had such a tremendous response to this run. The volunteers are phenomenal, and the Running Room has been a wonderful partner. Most importantly, they reached a whole new audience that didn’t know anything about Huntington disease — and that makes a big difference for everyone who is impacted by HD.