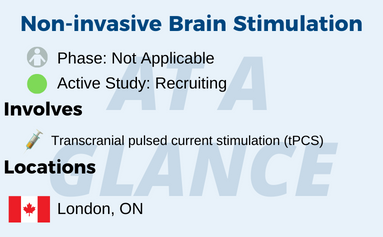 Sexes Eligible for Study: All

Exclusion Criteria  (eligibility that would exclude you from this study)

For more detailed information on this study and others and for the most recent updates, please go to clinicaltrials.gov. ClinicalTrials.gov is a registry and results database of publicly and privately supported clinical studies of human participants conducted around the world.