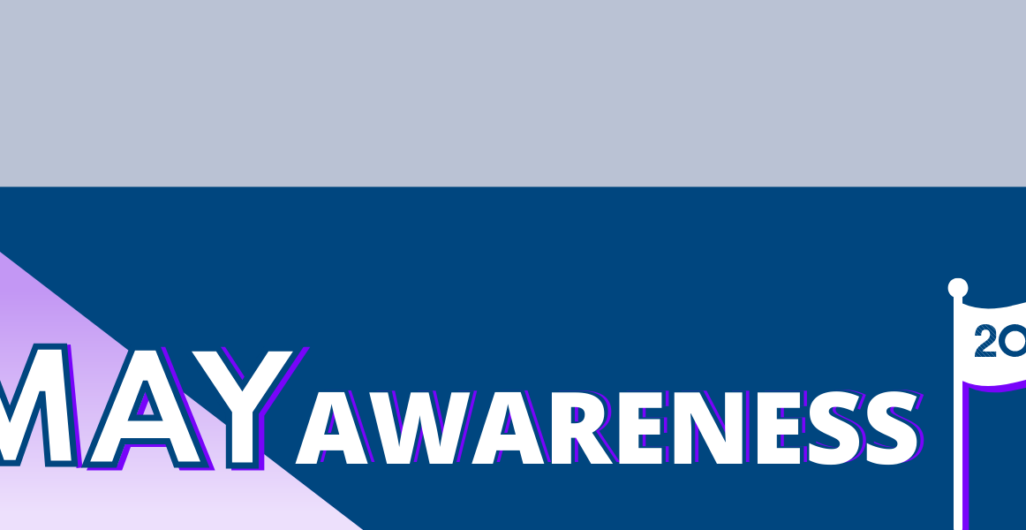 Growing up, Toronto resident Natalie Marnica lived in a three-story house with her grandparents, parents, two brothers, aunt, and her aunt’s boyfriend.

It was a quiet street but not a quiet household. According to Natalie, there was a lot of chaos and dysfunction but it was a house filled with a lot of love.

As a child, Natalie knew her grandfather was sick but didn’t know the extent of it as the adults did not explain the situation to the children. Her grandfather was diagnosed with the gene that causes Huntington disease (HD).

HD is a hereditary, neurodegenerative illness with physical, cognitive and emotional symptoms for which there is no cure.

“All we knew was that he walked funny, would sometimes pull our hair, and fight with my grandma,” says Natalie. “When I was young, I was afraid of him. I didn’t know how to comprehend and process what I was seeing. But he had a great heart, and we became very close when I was older. He was my favorite person.”

HD causes cells in specific parts of the brain to die. The disease leads to incapacitation and, eventually, death. It is likened to experiencing the symptoms of Alzheimer’s disease, Parkinson’s disease, and ALS all in one disease

Natalie’s grandfather lived with HD for almost thirty years and was active for the majority of his life. He walked several miles a day, played cards with his friends, and continued to go to the Maltese social club.

However, during the last seven years of his life, the disease progressed, which resulted in him becoming more isolated and unable to maintain his social life. Natalie helped her aunt take care of him. That was her first experience as a caregiver.

“I used to feed him, check in on him, and spend most days outside lighting his cigarettes while he told me stories from his youth,” Natalie explains. “I treasure those moments as they were some of the fondest times of my life.”

“That’s when I realized what a genetic disease was,” says Natalie. “I also realized that I would have to take care of my mom just like my grandma took care of my grandpa. My work as a caregiver had just begun with no end in sight.”

Her mother’s diagnosis took an emotional toll on Natalie.

“This was the first time I saw a person that was well slowly and steadily decline in front of my eyes,” Natalie explains. “Most of the time, I was angry and frustrated, and felt really alone in the world. It wasn’t as easy to care for her as it was with my grandfather. In order to cope with the changes, the loss of control, and the fear of my future, I started seeking out helpers and healers.”

She started to talk to a social worker as well as exploring various health practices and yoga. She wanted to create wellness programs for people affected by HD. Natalie is now a yoga teacher and considers yoga as the foundation of her life.

After years as a caregiver and living in constant fear, Natalie decided to undergo genetic testing after convincing herself that she had the gene mutation that causes HD.

The decision to undergo genetic testing is a very personal one and many people with a family history of Huntington disease choose not to take the test. Others may want to know whether they will eventually develop symptoms so they can make plans regarding career, financial, insurance, family planning and other life issues.

“I wasn’t expecting that outcome, nor did I have a plan for that outcome,” Natalie explains. “I honestly didn’t know what to do with myself for a while. It took almost a year for my body and mind to catch up to that reality and not associate every drop of a pen or twitch of a muscle with the onset of HD.”

Yoga has played a big part in Natalie’s life, allowing her to be clearer in the mind. After many years and treatments later, Natalie considers herself as healthy as can be. She spends most of her days educating and helping people live well by offering various programs and services.

“Yoga helped me heal and manage chronic pain, depression, and anxiety for many years,” Natalie explains. “I may not be able to cure people, but I can reduce their burden of suffering.”

Natalie has a message for the HD Community:

“To survive, is to find the meaning in the suffering. I’ve watched many people decline and I will watch many more unless a cure is found. I have found my purpose in life, which is to help people suffer less and live well. Offer a hug, a smile, a laugh – cultivate little bits of joy wherever possible. Taking action and caring for ourselves is what is in our control. Taking care of my family and my friends is my reason for living the best and healthiest life I can. Do what you can to make this life worth living. If I can make every painful experience in my life into something positive, then it was worth bearing.” 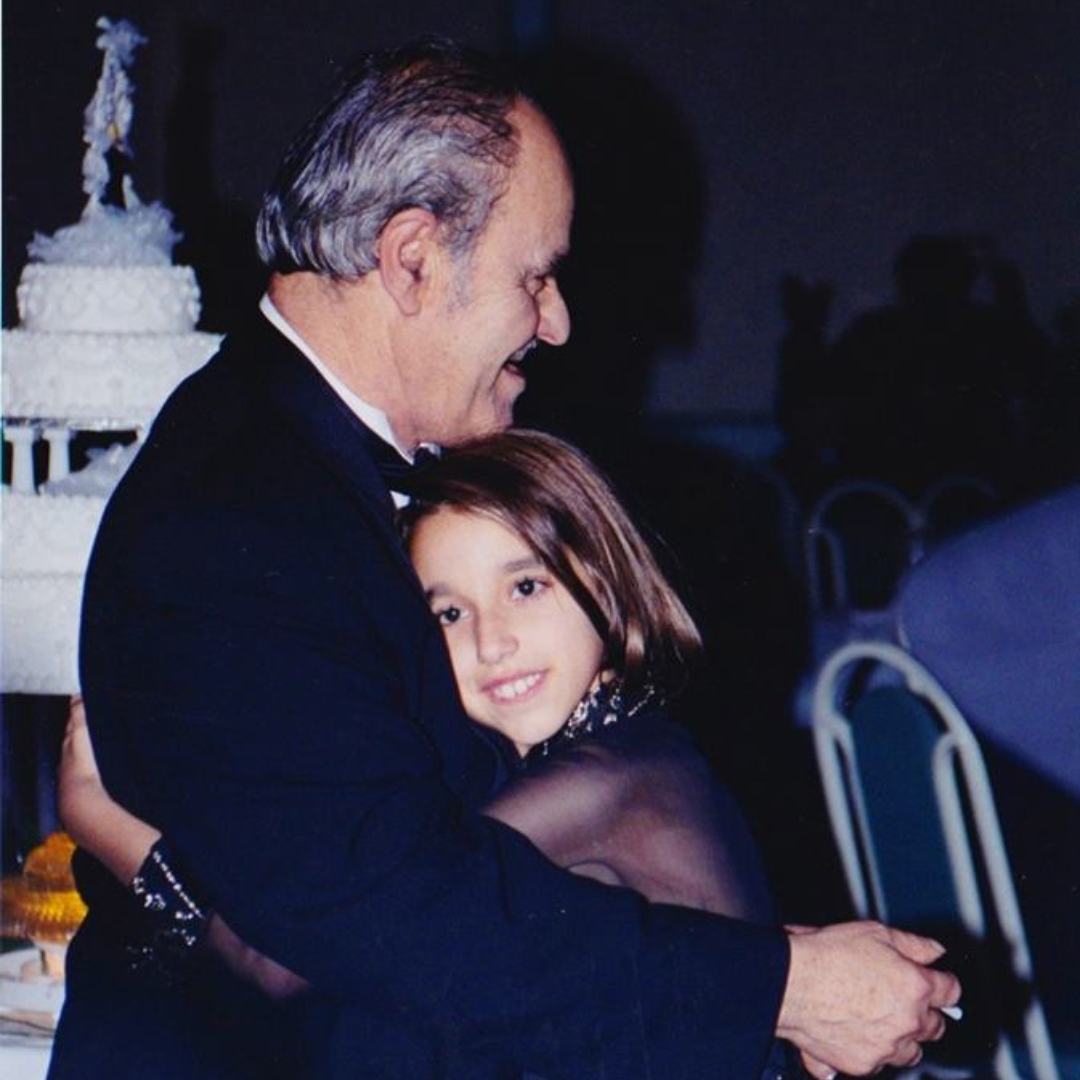 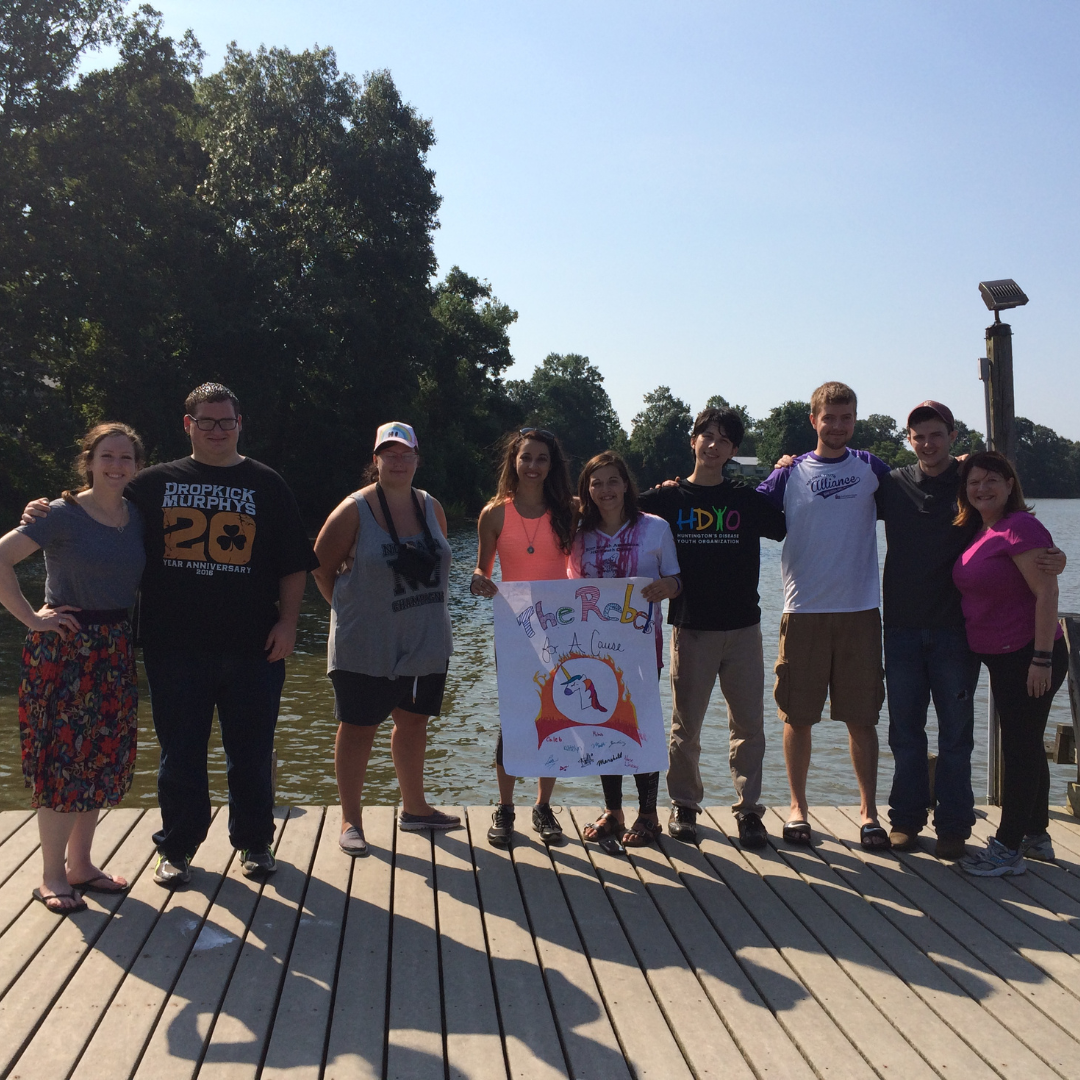 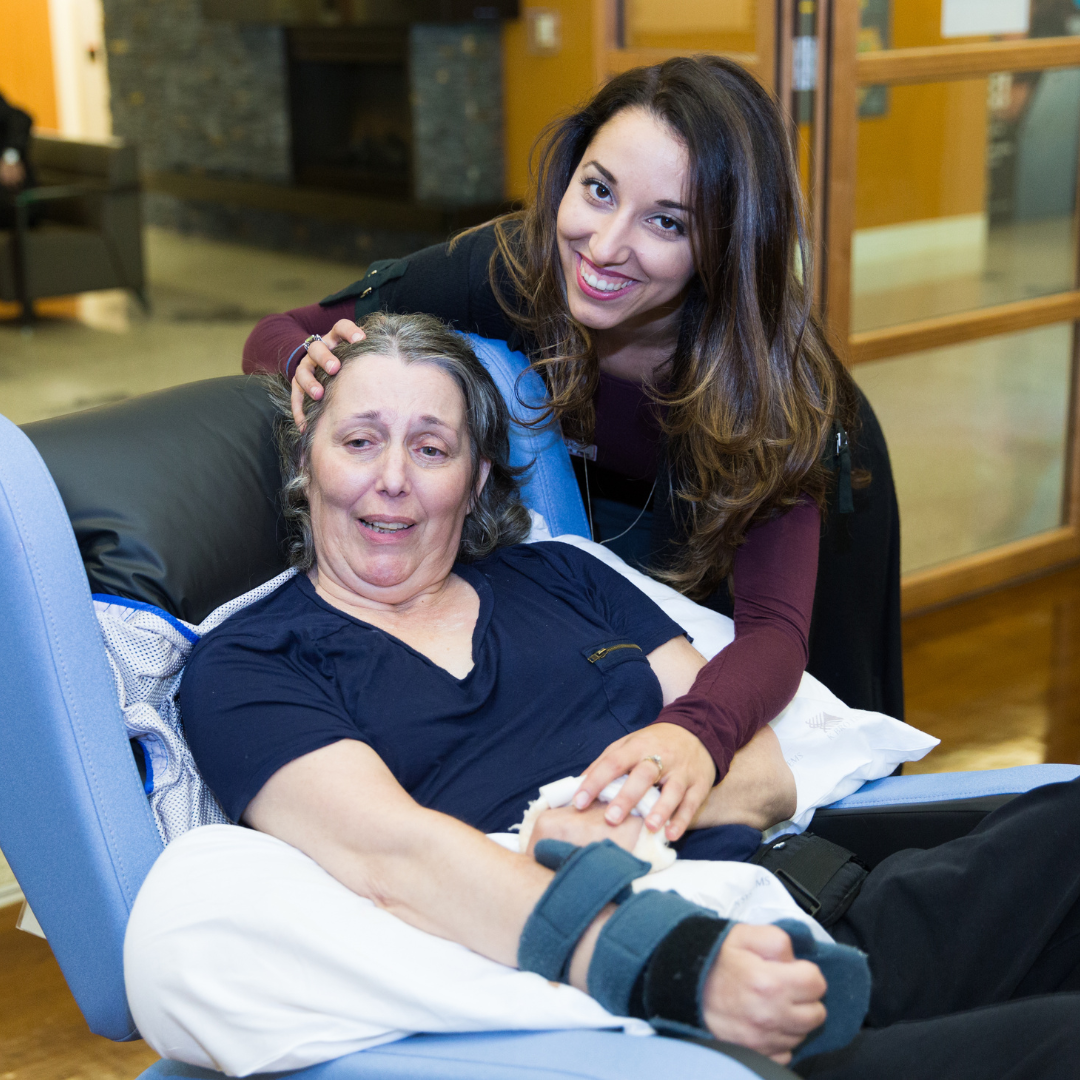 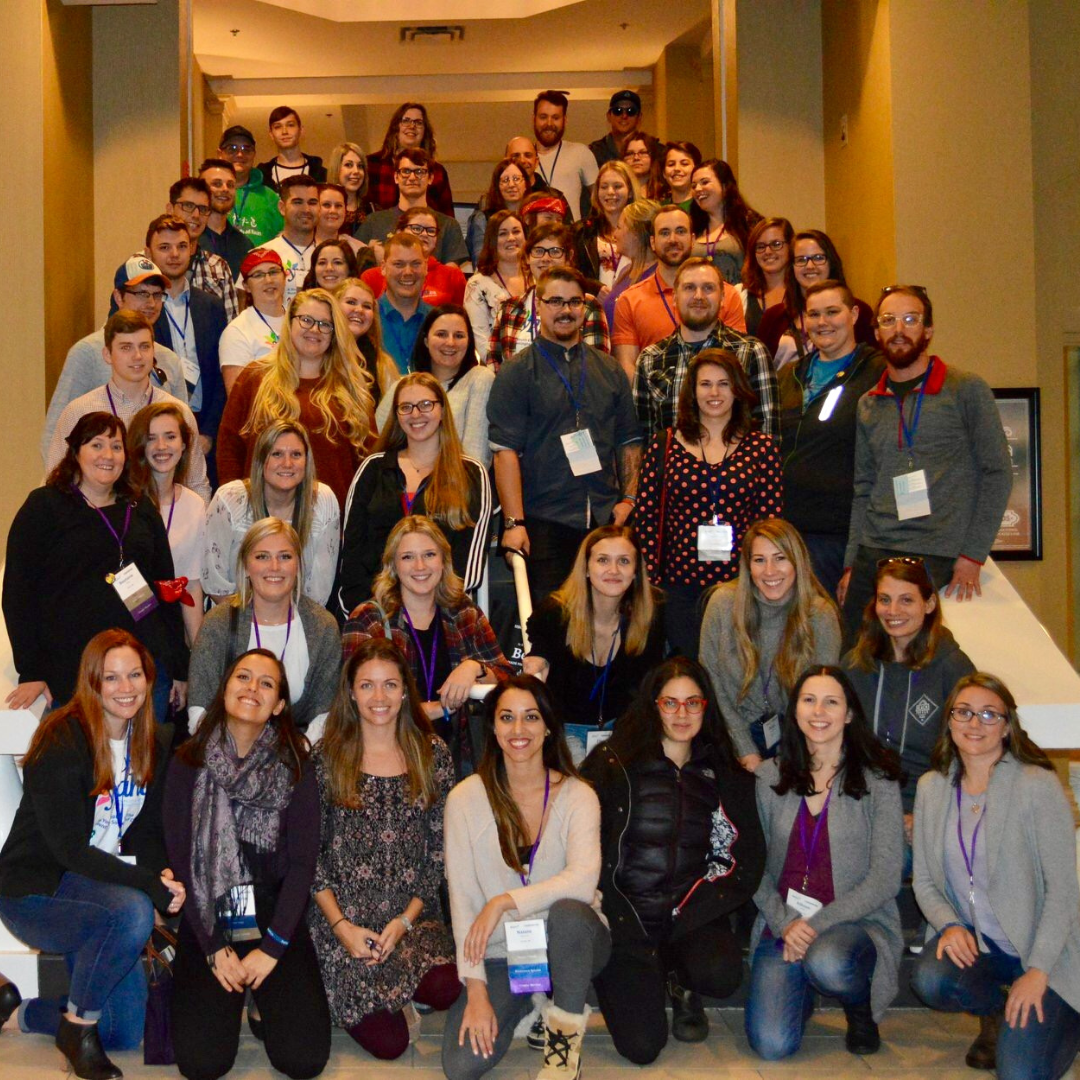