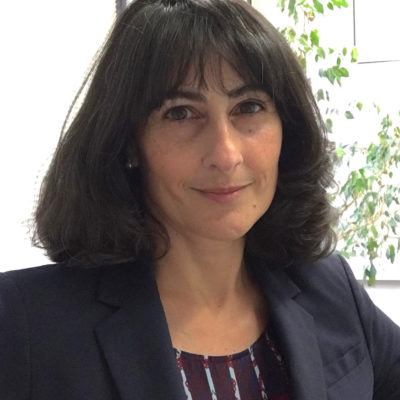 In 2012, the University of Alberta’s Dr. Simonetta Sipione made global headlines when she announced that her lab had reversed the symptoms of HD in a mouse model, using a brain chemical called GM1.

GM1 is a type of ganglioside: natural chemicals that are abundant in the brain and that help brain cells communicate with each other. Earlier, Dr. Sipione and her team demonstrated that mouse models with HD have lower-than-normal levels of GM1. They followed that up by demonstrating that injecting GM1 into the brains of mice with HD could make their Huntington disease symptoms disappear.

Now, thanks to a three-year $900,000 grant from the Huntington Society of Canada and Brain Canada, she is delving deeper, investigating exactly how GM1 creates those dramatic results. Understanding the
mechanism in more detail will help them translate their discovery into potential treatments. “The more we know about how GM1 works, the easier it is going to be to move it to a clinical trial,” she explains.

Over the next three years, Dr. Sipione will head up a multidisciplinary team of scientists and clinicians working on a variety of fronts. On one side, they will determine molecular changes that are triggered by GM1 in Huntington models, as well as how GM1 affects the communication among brain cells and neuroinflammation.

On top of that, a colleague will develop sophisticated methods to analyze gangliosides using mass spectrometry, increasing the researchers’ ability to detect gangliosides in nsamples from individuals with HD.

But basic science is just one half of the ambitious project. The other half, headed up by University of Alberta neurologist Dr. Oksana Suchowersky, investigates whether the levels of gangliosides are decreased in blood and spinal fluid in individuals with HD, which could serve as a biomarker for HD progression.

Biomarkers are crucial to judge the effectiveness of any potential treatment – including GM1 – because they provide a clear, impartial way to quantify the progress of HD. According to Dr. Suchowersky, that could be difficult right now. “We have no easy way of measuring HD progression,” she says. “While we have clinical scales such as the UHDRS [Unified Huntington’s Disease Rating Scale], they’re not very sensitive.”

Because HD advances relatively slowly, the more sensitive the biomarker, the more quickly researchers can determine whether a potential treatment is helping or not. “What we are hoping to find is that GM1 and other gangliosides are an accurate measure,” says Dr. Suchowersky.

That is where families with HD come in. At three centres across the country, Edmonton, Calgary and Montreal, Dr. Suchowersky and her colleagues will take blood samples from 80 people who carry the HD gene. That number includes some who have not developed Huntington disease symptoms, some in the early stages of the disease and some with moderate symptoms. The investigators will then compare
those blood samples with samples taken from people who don’t have the HD gene.

They will also take a second set of blood samples two years later to assess whether the GM1 levels have changed. Ideally, they hope to see a clear drop in GM1 and/or other gangliosides as the disease gets worse, while levels stay steady in people without the HD gene. However, Dr. Sipione cautions that they may not observe significant changes over the course of the study, or they may discover levels vary too much from one person to the next to provide a useful measure.

That is why the investigators also plan to take samples of cerebrospinal fluid from patients at the Edmonton clinic and test them for GM1. It is a more invasive procedure than collecting blood: researchers have to insert a needle between the vertebrae of the lower back. But because cerebrospinal fluid bathes the brain, it provides a more accurate picture.

This research highlights the critical role that patients and families play in the research process. Meanwhile, Dr. Sipione emphasizes the importance of donors, large and small, in driving progress. “We are very grateful to the donors and the work that the Huntington Society of Canada – in this case with Brain Canada – [does] to promote research,” she says.

Although important achievements don’t happen overnight, each step brings us closer to treatments. “Translation of fundamental discoveries takes time and patience and lots of work,” she explains. “It’s a little bit like composing a big puzzle with hundreds of different pieces. Each piece matters. You can’t complete the picture until you have all the pieces.”

If all goes well, this particular project could add several crucial pieces to the puzzle.